This is a guest blog post by Carey Fletcher, a Test Manager with QualIT in New Zealand. She has over 10 years of testing experience working in various sectors with her expertise in software test processes and practices. Carey contacted Janet to get feedback on how she had implemented her process to see if she was on the right track. We decided that it would make a great blog post and asked to write about it. This is her story and we think there are many lessons that can be learned by large organizations.

My first exposure to agile testing had me “diving in the deep end”, attempting to define a test strategy for a complex insurance system which was transitioning from a waterfall to agile methodology.  At the time there was minimal discussion in the testing community on how you would approach system integration/UAT testing within an organisation with a scaled agile approach.

After a discussion with Janet Gregory at a conference (co-author of “Agile Testing”) and armed with the “Agile & QA organisation structure” used by Hartford Group, I decided the most effective approach was to convert the existing waterfall testing team into a centralised QA team.

The Central Test team was a hybrid waterfall and “post agile development” team.  At the beginning of the month we were delivered a large release from the external vendor’s sprint teams.  This release was functionally tested from an end to end perspective over a 5-week period.  During this period the internal agile teams, working at a 2-week sprint iteration, were deploying “Potentially Shippable” releases into the Central Test team for system integration testing (SIT).  The 6th week was a dedicated regression, at a system integration/UAT level.  Using this approach, we had regular 6-week releases deployed into production, for all components requiring system integration. 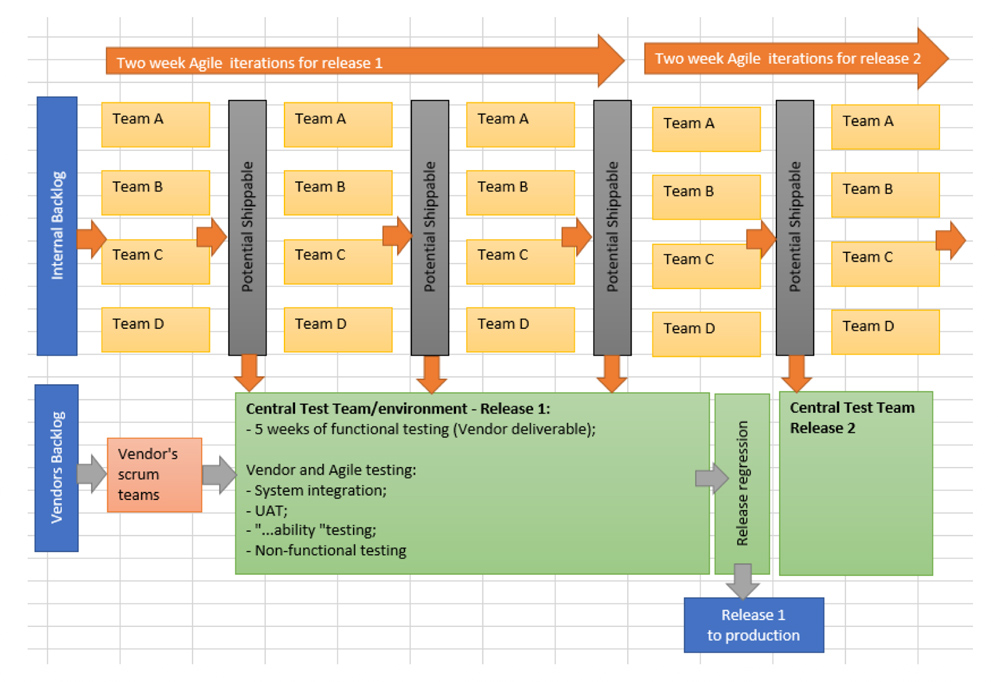 The central testers and agile teams worked together to define the scope of the additional “post agile development” testing, including targeted regression, system integration, UAT, non-functional or any additional “…ibility” testing.  The central and agile team’s one-page test plans and the “definitions of done” has been met, provided the business owners and production release management with a clear understanding of the quality of each release.

There were of course significant improvements that could be made to increase speed to production, by adopting further agile practises within the Central Test team, but we had at this point proved the testing organisational structure and testing flow in an agile environment worked.

How we changed and adapted the processes:

This Central Test team approach was successfully applied again, by QualIT, during the system integration and UAT of a Government system which was used by every person in New Zealand.  The agile development approach allowed for functional testing; integration testing with adjacent components and an early view of performance testing, but a central team was required to verify the complex data flows across all the components of the system, from a functional and non-functional perspective.

I am often challenged when applying a Central Test team strategy, in a project which has adopted the agile methodology, claiming that I am “old school”, applying waterfall principles which will provide a barrier to delivering working software frequently.   This would be true if there are minimal integrations between potential shippable releases but in a complex system with multiple business process integrations, the Central Test team approach works effectively in parallel with the agile development teams, providing that additional testing support, which is not possible within an individual scrum team. 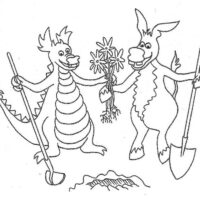